If you’re a first time parent and you haven’t an army of friends who’ve already had a baby, then it’s only logical that you would think that a pram, a pushchair and a buggy are all the same. Well, we’re here to burst that bubble for you, because they’re quite different in several important ways. Although one name encompasses all (whatever you call it, it’s still a device for transporting your baby!), here we’ll try to explain the differences between each one so when the happy time arrives, you’ll be well-equipped to make the right decision. 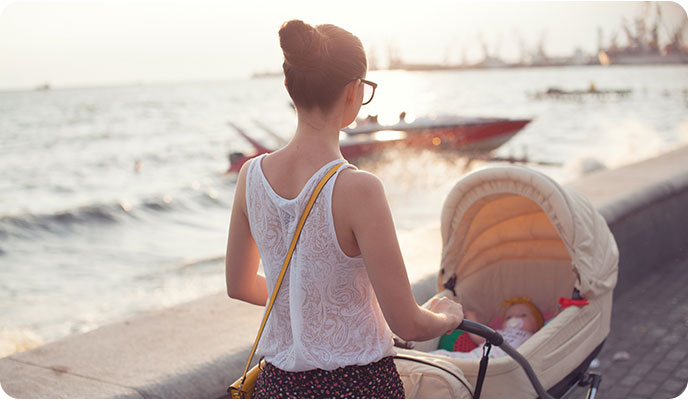 Before choosing your pushchair

Before you start, there are few practical things you need to take into consideration: one is the budget you have – know beforehand what you can afford (some are low cost, others are quite pricey) and, as obvious as it sounds, check that it fits into your car boot! You wouldn’t want to buy the perfect pram and then discover that you can’t transport it with ease. Another thing to consider is whether you’re intending to have a large family. As loony as this sounds, if you’re actually intending to have lots of kids then it’s a good idea to choose something durable and sturdy enough to last you for many years. One more thing: If you are expecting twins, perhaps you should consider the Twin and Tandem pushchair which seats two together – either two side by side, or one in front of the other. A twin pram is also useful if you already have a young child and are expecting another one. Lastly, don’t forget that young babies need to lie flat until they can sit up on their own, so whatever you choose, your little one will need to be able to fully recline for about the first six months. Infants need to be able to lie down because they can’t lift their own weight. Later on, when babies are able to sit up on their own you can place your pushchair (or pram, or stroller) in an upright position.

10 things to consider before choosing a pram: 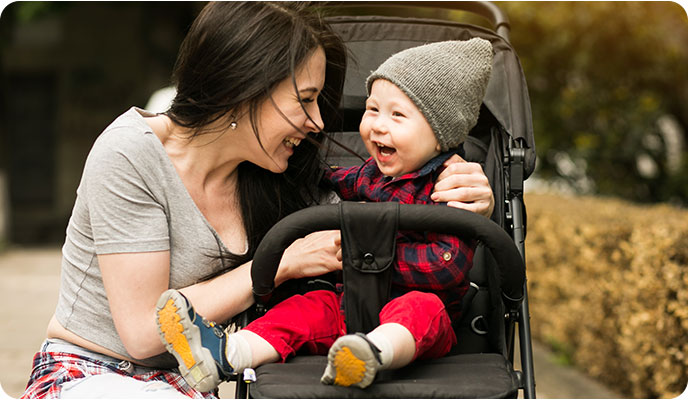 What type of pushchair are you?

We’ve finally arrived to the great revelation - the four types of prams to choose from! So, after you’ve examined your needs, you get to choose which of the four most popular types of pushchairs is right for you:

You’ll appreciate its vintage design reminiscent of Victorian styles or something out of Mary Poppins. It’s wide, spacious and allows your baby to lie flat – but it’s not foldable. On the plus side, it’s parent-facing, which means that you can keep eye contact.

Another design suitable for newborns but can actually be folded. It comes in various types of wheels and, depending on the design, can be fixed up either as parent-facing or world-facing. It’s practical enough to get you through most of daily activities without glitches.

It’s definitely worth going for a “test drive” before investing in a pram, just to make sure everything is in the right place for you.
You could be walking miles with it, so you’ll want it to feel comfortable.

This design has become very popular because it comes with various accessories. It’s compatible with carrycots and car seats, comes with a spacious shopping basket underneath and usually includes other artifacts like adaptors and rain covers. As it’s quite lightweight, it can be folded single-handedly.

Great for the parents who travel (it’s strollers you usually see on airport conveyor belts), the stroller also has styles suitable for jogging, if you’re a runner. Since it’s got sturdy handles and an compartment underneath it’s great for storing your shopping bags.

Dealing with the weight you gained after giving birth