At Metanium HQ we meet and greet lots of little ones. Little ones who just start talking in an incoherent stream of consciousness that goes from topic to topic faster that you go through your latest Netflix binge. Little ones who want to read the same book (with a different voice for every character) over and over and over, ad nauseam! And even some who just want to follow you around and ask questions about everything, followed by the dreaded “Why?”.

The other day, a friend’s little one was looking at the rain outside the window. He pointed to the fact that it’s raining, which brought him seamlessly to the subject of mermaids and how they are fish and that he doesn’t like fish but does like strawberry ice-cream and that his Legos like bananas and now could we play with the balloons please.

Although we try to make sense of it, we can’t. Same goes with food. They’re hungry now, they’ll ask for a sandwich and they’ll be so specific about what they want, you would think they’re a gourmet restaurant critic. Then they’ll eat it so slowly it will seem like they started at dawn and finished at dusk, while they’ll complain they’re hungry when it’s time for bed. But, the point is, in every scenario you can’t show aggravation and you can’t ignore them because that’s not good parenting. Science (and experience) have taught us that – there’s evidence that having full conversations with children may promote language skills – and communication helps grow their confidence as they grow.

Apparently the concept of “speak when you are spoken to” is not only archaic but actually bad advice for your children. There is some evidence that suggests speaking to them and allowing them to speak their minds can influence language and brain development. But in order for your little ones to become smart, you have to be patient with them and allow them to express themselves.

Use humour, arm yourself with singing abilities and never forget the importance of patience. It’ll pay dividends in the years ahead.

Here’s a list of things to keep in mind when you feel like you can’t quite handle it:

Use humor, arm yourself with singing abilities and never forget the importance of patience. It’ll pay dividends in the years ahead. 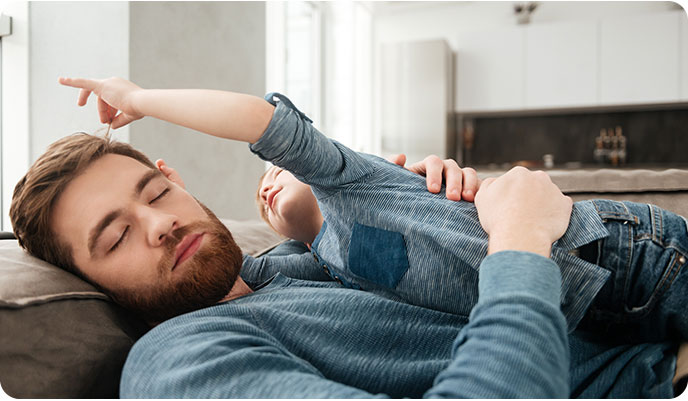 Dealing with the weight you gained after giving birth