Signs Your Toddler is Ready to Move to a Bed

Ahh, they grow up so fast, don’t they? One minute you’re laying your tiny precious bundle in their cot for the very first time, and the next they’re spending all night trying to climb out of it!

Moving into a big kid bed is a real milestone for your toddler. Just like with any other milestone, everyone reaches it at their own pace, but generally most children are ready to move into a bed between eighteen months and three years old.

Although it’s exciting, it can also be a bit daunting for you as a parent, because not only is your tiny baby growing up, but you’ll also need to be thinking about your little one’s safety... So, before you rush out to buy a new bed, how do you know if they’re to make the transition?

They can climb out of their cot 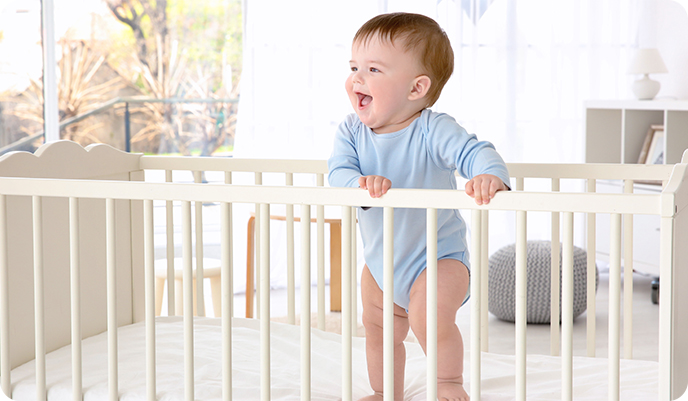 Perhaps one of the biggest giveaways is when your little one realises that they can escape their cot! This often happens when they grow tall enough to clamber over the rail, so usually when they’re about two and a half years old, or they’re around 89cm tall. It can be dangerous when your little daredevil starts trying to jump out, so this could be a good time to look at moving them to a bed.

It may sound obvious, but if they are growing too tall for their cot and can easily touch both ends with their hands and feet as well as being able to climb out of it, they probably need more space!

We know you probably don’t believe us, but some toddlers actually do sleep through the night! If your child is a good sleeper and doesn’t tend to wake much, it may be the right time to make the switch. On the other hand, if your little one moves around a lot they may be more likely to fall out of a bed, so should maybe stay in their cot for a little bit longer.

When you do decide to make the transition, guard rails that attach to the side of the bed stop to night-time falls can be really helpful, as can bumpers, soft barriers that can fit underneath bed sheets.

You’ve got another one on the way

If you’re expecting another baby, it may be time to move your toddler to a big bed – but only if they are over eighteen months old, and you feel that they are ready. A top tip would be to start the transition a few months before your due date, just so your little one doesn’t feel like they are being replaced by your new baby. This could also help them get used to the idea of being a big brother or sister as they start to give up ‘baby’ things like sleeping in a cot! If you have the space, you could try giving them a whole new ‘grown up’ bedroom or decorate their current one to make it a more exciting change. 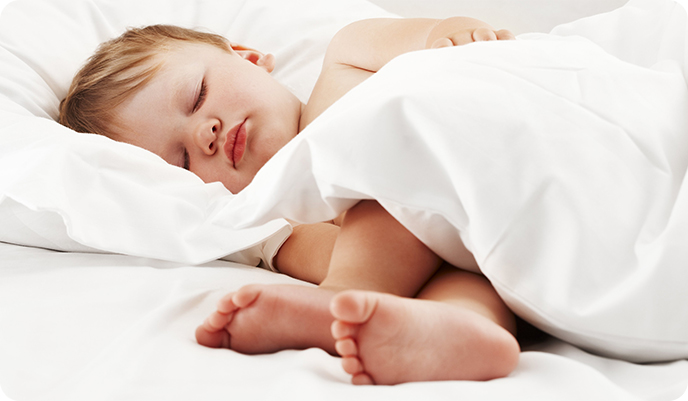 Your child is potty training

If your little one has begun potty training, they’ll be starting to listen to their body’s signals to know when they need the toilet. Being in a big bed will make it much easier and faster for them to get up and go to the bathroom, or use a potty.

They want to be a big kid

Even if they’re not about to become a sibling, you may find your toddler starts to complain about sleeping in a ‘baby bed’. If they tell you that they want a bed like yours, or they don’t want to sleep in a cot any more, they might just be mentally ready to make the move, even if you’re not!

HOW TO EASE THE TRANSITION TO A BIG BED 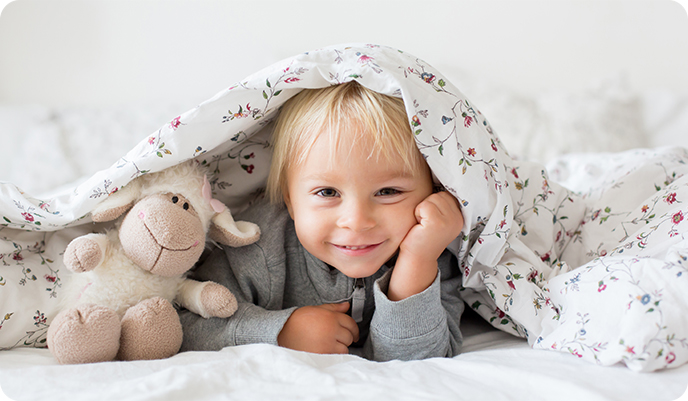 Your toddler could be really excited and eager to move to a bed, or they could be feeling a little apprehensive, which is totally normal – it’s a big change! To get them used to the idea, talk to your child about how fun it’s going to be to move to a grown-up bed, and take them shopping with you for their new bed – you could also encourage them to pick out their own bedding.

To help get your little one used to their bed, try moving it into their nursery whilst they’re still using their cot and use it for story time before they go to sleep. You could also put them down for naps on their big bed to familiarise themselves with it.

You may be in for a few early morning wake-ups as your toddler gets used to their new bed, but before you know it, you’ll be back to a better bedtime routine.

Just remember that for parents of little adventurers, once they can get out of their own bed, they will start exploring, so make sure their bedroom is toddler-proofed first.

How to tackle your to-do list.. and still have some 'me' time!